The Law of Insolvency concerns itself primarily with the financial state of affairs of debtors. It has its origins in Roman Law, Roman-Dutch Law, and English Law and is now regulated primarily by the Insolvency 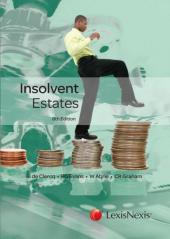 View all books by CR Graham (5)

View all books by RG Evans (2)