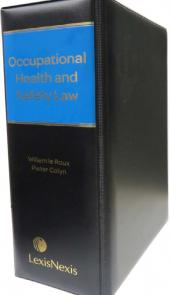 The authors are practising attorneys in Johannesburg and jointly head up the Mine and Occupational Health and Safety Department at ENSafrica.

View all books by Pieter Colyn (6)