This online short course provides an update on the latest AARTO legislation planned for rollout on 1 July 2021. 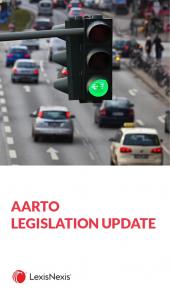 This online short course provides an update on the latest AARTO legislation planned for rollout on 1 July 2021.

AARTO introduces an administrative charging system for alleged infringers as well as a Points Demerit System that aims to change the behaviour of road users to ensure compliance with the road rules and the creation of a safer road environment. It also explains the differences between the criminal procedure system that is currently in place in the country apart from Tshwane and Johannesburg, where the AARTO system already applies.

Note: Your course link and login details will be sent through the morning after purchase on this eStore.

View all books by A Swanepoel (7)